Number of smokers continues to fall 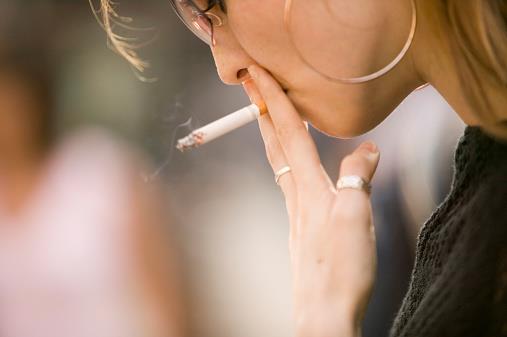 The number of people smoking in the UK continues to fall, according to new figures.

It is also a significant drop from 2010’s level of 21%, the figures from the Office of National Statistics show.

The proportion of smokers has been falling for decades. In 1974, as many as 46% of adults smoked.

Despite this drop, there are still over 100,000 smoking-related deaths every year among people aged 35 years and over - 18% of all deaths in this age group.

Scotland has the highest level of smokers, with 20.3% of adults smoking. England has the lowest rate in Britain, with 18%.

Within England, northern regions have the highest prevalence of smokers with Yorkshire & Humber at the top (20.1%) followed by the North East and North West, both with 19.9%.

Men are still more likely than women to smoke, with 20.7% of men smoking and just 15.9% of women. The decline over the years has been similar for both men and women.

While smoking rates differ between age groups, between 2010 and 2014 cigarette smoking declined across all ages.

Smoking’s impact on health as people get older was also reflected in the figures.

When asked about their current health, 83% of current smokers aged between 18 and 24 considered themselves in good health. This dropped to 56.3% for those aged between 50 and 64.

The figures revealed adults in routine and manual occupations are more than twice as likely (28.2%) to smoke than those working as managers or in professional occupations (12.1%).

Finally, the figures show that people who identify as lesbian, gay or bisexual are more likely to smoke than heterosexual or straight people - 25.3% compared to 18.4%.

This has been put down to the fact that the lesbian, gay and bisexual population has a younger age profile.