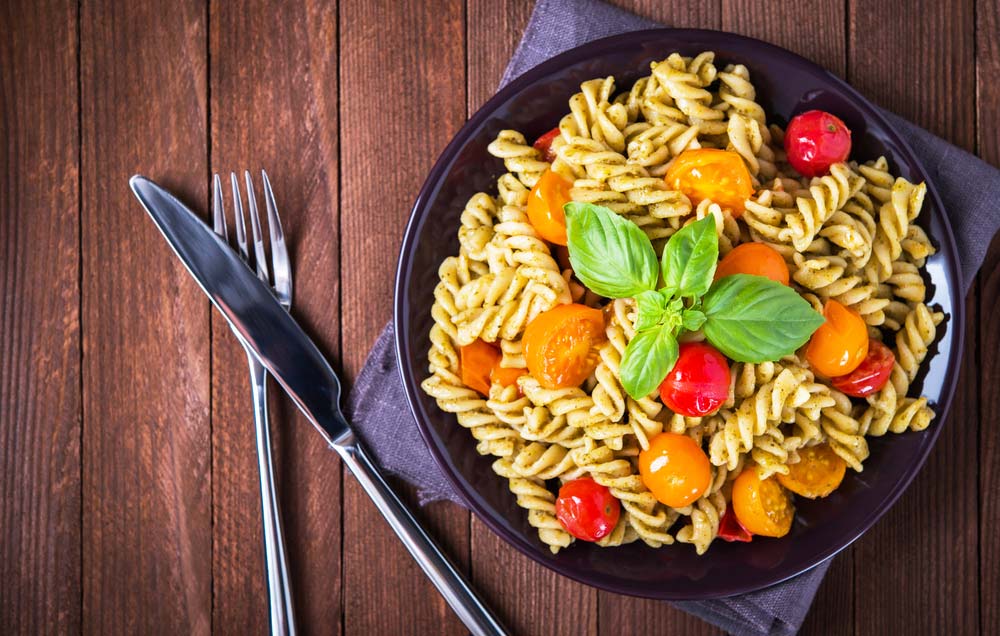 A new study has found that eating pasta as part of a healthy diet could actually help with weight loss.

The new findings go against the well-publicised theory that pasta, as a carbohydrate, should be avoided if you are trying to lose weight.

Reducing intake of carbohydrates has long been held up as an effective way to lose weight. This means avoiding foods such as sugar, white bread, potatoes and rice due to their high glycaemic index (GI), which means that they release a large amount of sugar into the blood.

Pasta is a carbohydrate and so has been included in the list of foods to be avoided when on low-carb diets.

Researchers from Canada looked at trials that had previously been conducted that involved comparing pasta alone, or a low-GI diet that included pasta, to a high GI diet. The diets compared had to involve the same amount of calories.

They analysed the results in terms of weight loss of participants, change in body mass index (BMI) and waist measurement, and reduction in body fat. There was a total of 2,488 participants in the trials looked at.

Participants in the trials ate around three servings of pasta a week, while keeping to a low-GI diet. A serving equates to half a cup of uncooked pasta.

The research found that those people who were on a low-GI diet that included pasta lost 0.63kg more than those on the higher-GI diet, and also reduced their BMI by more.

The researchers said that: “when pasta is consumed in the context of low-GI dietary patterns, there is no weight gain but rather marginally clinically significant weight loss.”

There was no difference between diets when it came to changes in body fat levels and waist measurement.

As part of a healthy diet

Pasta typically is a low-GI carbohydrate, so it increases the blood sugar levels at a slower rate than other carbohydrates.

The researchers concluded that: “In weighing the evidence, we can now say with some confidence that pasta does not have an adverse effect on body weight outcomes when it is consumed as part of a healthy dietary pattern.

“In fact analysis actually showed a small weight loss. So contrary to concerns, perhaps pasta can be part of a healthy diet such as a low GI diet.”