Vulnerability to weight gain can be passed on to children 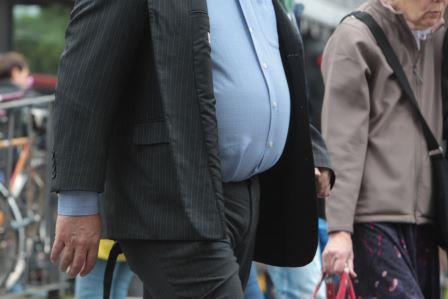 A man's weight can affect the genes in his sperm, passing on a propensity to weight gain to his children, new Danish research suggests.

Scientists at the University of Copenhagen have been looking at the sperm of three groups - lean men, obese men and those undergoing weight-loss surgery.

The study focuses on epigenetic alterations. This is when external or environmental factors switch genes on or off.

Once these changes to the genes are made, they can often be passed on to children.

While the specific effects on genes were unknown, they did see changes to the regions of DNA connected to a person’s ability to control their appetite.

This could explain why some children of obese fathers are also vulnerable to being overweight, the scientists claim.

Six of the men in the study were monitored before, during, and a year after gastric by-pass surgery.

These men saw an average of 5,000 changes to sperm cell DNA.

Again, many of the changes were focused on areas that involved appetite.

Lead scientist Dr Roman Barres hopes the research could change the pre-conception behaviour of the father.

This is not the first study to look at how external influences can be passed on to the next generation.

In 2005, a Swedish study found that the grandchildren of people in a famine-hit village were more at risk of developing heart disease or diabetes.

The stress on the grandparents over the lack of food altered their heart-related genes. These alterations were then inherited by the grandchildren.

Studies on animals have backed up these findings.

Fertility expert Professor Allan Pacey, from the University of Sheffield, say this “interesting” study provides more evidence that some genetic characteristics can be passed by sperm from a father to his children.