A gene has been found in women that is associated with an increased risk of heart disease, according to a new study. 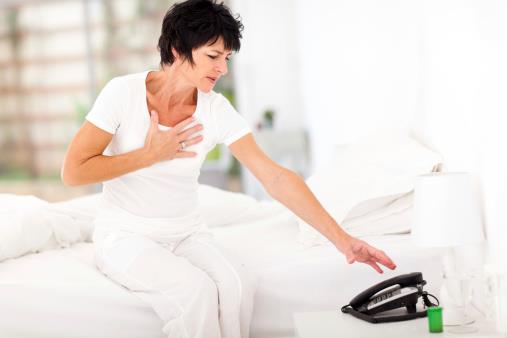 A team from University College London (UCL), led by the British Heart Foundation’s (BHF) Professor Steve Humphries, investigated a number of genes thought to be connected to diseases of the arteries.

The study looked at data from nearly 4,000 men and women from across Europe. It compared genes, artery thickness and artery health.

Among the genes investigated was BCAR1, which affects many processes in the body that are related to the hormone oestrogen.

Oestrogen is found in much higher levels in women.

The team found two versions of the gene – a high-risk version dubbed ‘GG’ and the low-risk version, ‘AA’.

The high risk version of the gene, when combined with a woman’s naturally-occurring high oestrogen levels, can lead to an increased risk of heart disease, the research team claim.

From the data, they found that nearly a third of all women have the high risk version of the gene.

Over a 5-year period, those who had this version had a 6.1% higher risk of suffering a heart attack, stroke or diseased blood vessels.

Those who had the low-risk version of the gene had a 2.5% risk of such a disease.

It was only women with the GG version of the gene that were affected – not men.

Dr. Shannon Amoils, senior research adviser at the BHF, says that while women have a lower overall risk of heart disease, this study shows many women do suffer coronary heart diseases.

She says it is important to investigate the study’s findings further to find any factors that further increase risk.

Freya Boardman-Pretty, a PhD student at UCL who was part of the research team, says that while there are many other risk factors, genetics do play a role in heart disease.

The findings were published in the journal Circulation: Cardiovascular Genetics.