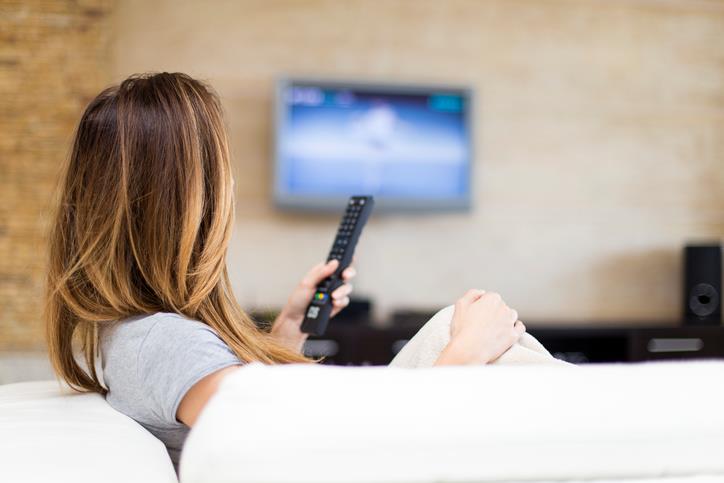 Watching TV for extended periods can cause lower back pain even in active women, an Australian study has found.

The research, undertaken by Melbourne's Monash University, found that watching TV was a factor in lower back pain for women, but not men.

Using data from the Australian Diabetes, Obesity and Lifestyle Study, along with a questionnaire to uncover lifestyle factors, the study also found little evidence connecting physical activity levels to back pain intensity.

Poor posture on the sofa

The reason behind the pain seems to be that many people don’t pay attention to their posture when watching TV.

During the course of the study, women who watched TV for two or more hours a day experienced the worst lower back pain.

Nearly 80% of the 5,000 participants suffered from lower back pain, with 12% experiencing a high level of disabling pain.

In the UK, it is estimated to affect at least 60% to 80% of the population at some time in their lives, and costs the NHS £500 million a year.

Physical activity and back pain

Hussain claims it is TV viewing, not physical activity levels, which increases the risk of disabling lower back pain in women – but not in men. The researchers were unable to discover the reasons behind this gender anomaly.

Previous studies into whether exercise can impact lower back pain have been divided, with some suggesting physical activity can relieve the pain while others suggest it makes it worse.

There have been a number of reports recently on the long-term physical effects of watching too much TV.

Finally, Curtin University in Australia, found children who watch a lot of TV could build less bone during critical years, and therefore be more vulnerable to osteoporosis and bone breaks later in life as a result.