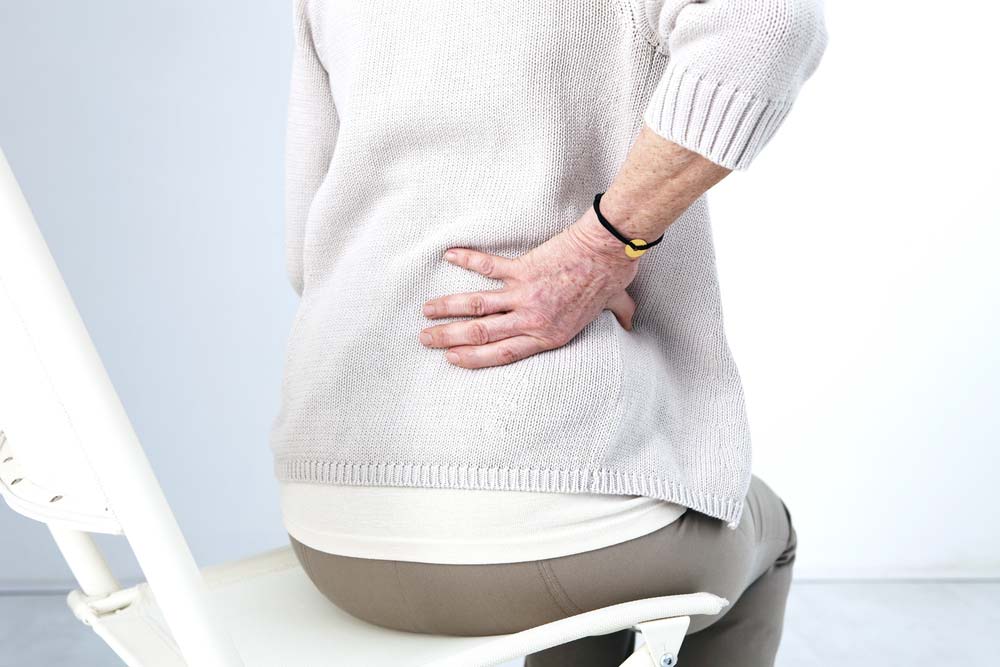 Almost half of people aged over 60 who are highly active suffer from lower back pain, according to a new study.

The study looked at the link between back pain in older people and poorer walking efficiency, lack of endurance, slower gait speed and decline in mobility.

The researchers looked at almost 900 people aged between 60 and 89, and followed their progress for more than two years. The men and women were all classed as ‘well-functioning’ and ‘highly active’ – meaning that more than 40% spent at least 150 minutes a week doing exercise (this is compared to only 3% of the overall population at this age).

They were asked whether they had had back or hip pain in the previous 12 months, and what they thought their walking ability was like. Researchers assessed their ability to walk a mile, their gait speed and oxygen consumption when walking. They also looked at how long it took them to walk 400 metres as quickly as possible.

The results of the study showed that nearly half of the participants suffered from back pain, and that this pain was linked to less energy efficient walking and poorer endurance, which can lead to walking difficulties.

The results were published in the Journal of the American Geriatrics Society.

The study was concerned with ‘lumbopelvic pain’ (LPP), which is pain in the lower back and pelvic region. This kind of back pain can happen when there are changes in posture or walking pattern.
Walking ability, endurance and energy used when walking were all associated with increasing LPP severity, which was common in these well-functioning older adults. Gait speed did not vary according to LPP severity.

Over the course of 2.3 years, those people with new or sustained LPP had greater decline in walking ability than those who didn’t have LPP or whose LPP had resolved.