Call for calorie counts on alcohol to help fight obesity

In an attempt to tackle Britain’s growing obesity crisis that is ‘threatening public health’, a health organisation has called for alcoholic products to include calorie counts.

The Royal Society for Public Health (RSPH) paper on the "invisible" calories in alcohol calls for calorie counts to be included alongside the number of units, daily guidelines advice and pregnancy warnings.

The RSPH has urged the labelling change to be brought in throughout the EU and called for more research into the relationship between drinking and weight to show the effectiveness of such labels.

The move is being backed by Alcohol Concern, but the Portman Group, which represents alcohol producers, said a decision on labelling would rest with the EU and could take years to complete.

The majority of the 2,117 UK adults RSPH asked in a poll either did not know or underestimated the number of calories in a glass of wine and a pint of lager.

RSPH claims that adults who drink get approximately 10% of their calories from alcohol.

Chief executive Shirley Cramer said that following the success of calorie labelling on a wide range of food products, there is now a clear public appetite for this information to be extended to alcohol to help individuals make informed choices.

Drink as calorific as fat 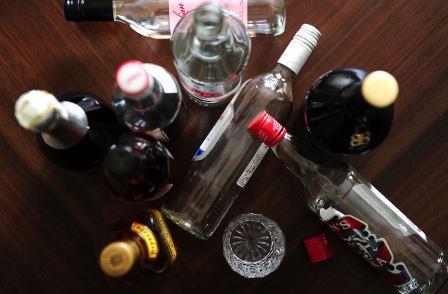 Alison Tedstone, chief nutritionist at Public Health England, welcomed the move, saying that alcohol is almost as calorific as fat..

She described having a couple of glasses of wine with a meal as ‘like having an extra course’.

The average wine drinker in England takes in around 2,000kcal from alcohol every month, according to the NHS. Drinking five pints of lager a week adds up to 44,200kcal over a year, equivalent to eating 221 doughnuts.

Alcohol Concern chief executive Jackie Ballard said that people were often unaware of how many calories or units of alcohol are in their drinks and health warnings and nutritional information on drinks would rectify this.

The Portman Group spokesperson said that drinks producers are open to further discussions about calorie information.

However, they said that it is essential that alcohol content, not calorie content, should primarily inform consumer decision-making.

What’s in a drink?

Here we look at how many calories are in a various drinks and how long it takes to burn them off: