Cigarettes to be sold in standardised packages 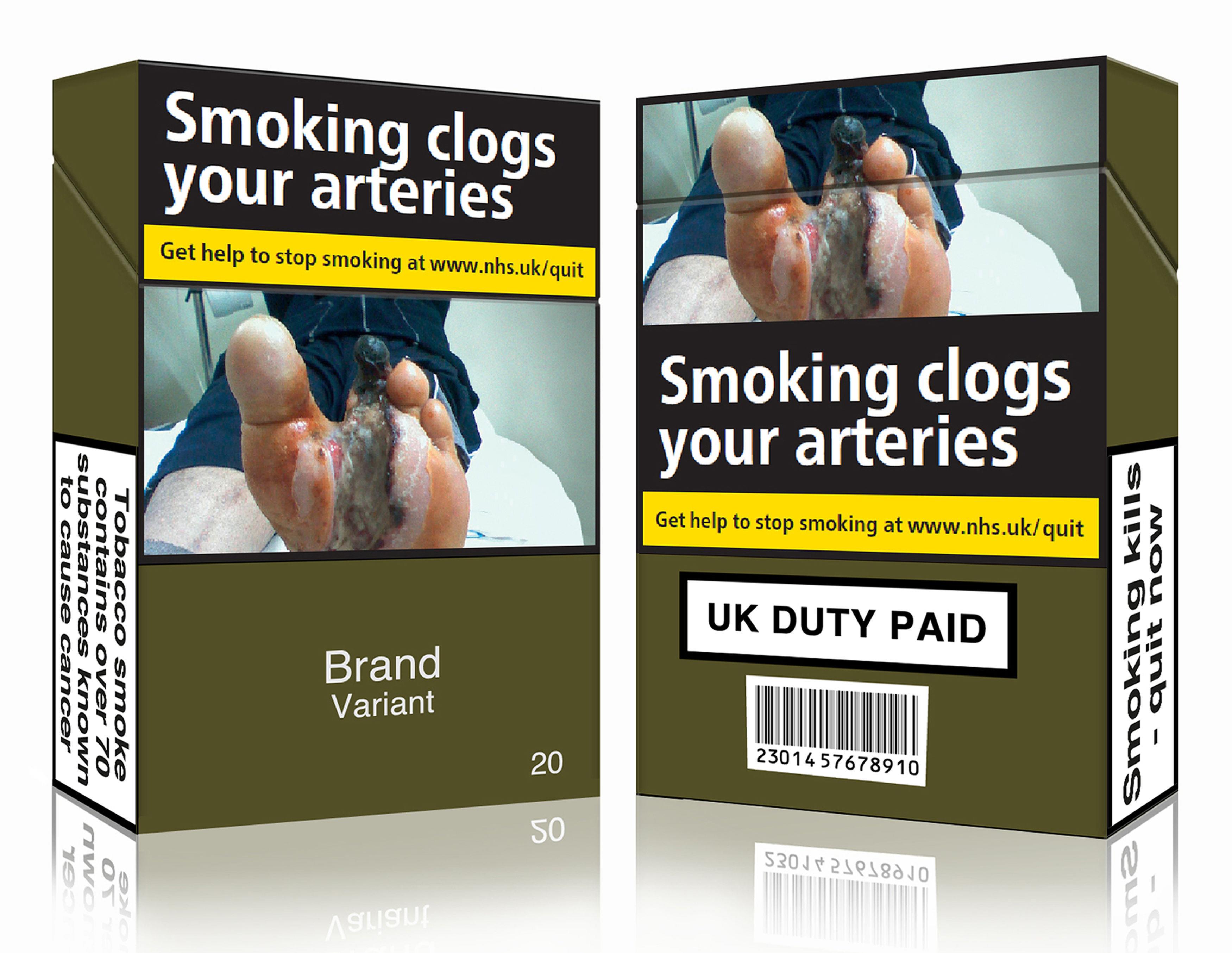 Packets of cigarettes will soon all look the same – green with graphic warnings of the dangers of smoking – after new rules for standardised packaging came into play.

Along with the change to the outside, all packets must now contain at least 20 cigarettes so they are large enough for the health warnings to cover 65% of the front and back.

Brand names will be restricted to a standard size, font and colour. The changes also apply to packets of hand rolling tobacco.

The EU Tobacco Products Directive came into force despite a last-ditch attempt by tobacco giants at the High Court. The judge rejected a judicial review action brought against Health Secretary Jeremy Hunt by four of the world's biggest firms.

The companies now have just a year to sell any old stock and fully implement the changes. The directive was actually adopted in 2014 but has been held up by court cases testing its legality.

In the future, the directive will also introduce a ban on menthol cigarettes by 2020 along with promotional statements like "this product is free of additives" or "is less harmful than other brands".

She says that half of all long-term smokers die from smoking-related illnesses such as lung cancer.

In Australia, plain packaging has been around for four years and has led to a drop in smoking rates.

An estimated 700,000 premature deaths are caused each year across the EU by smoking, while in the UK 200,000 children start smoking every year.