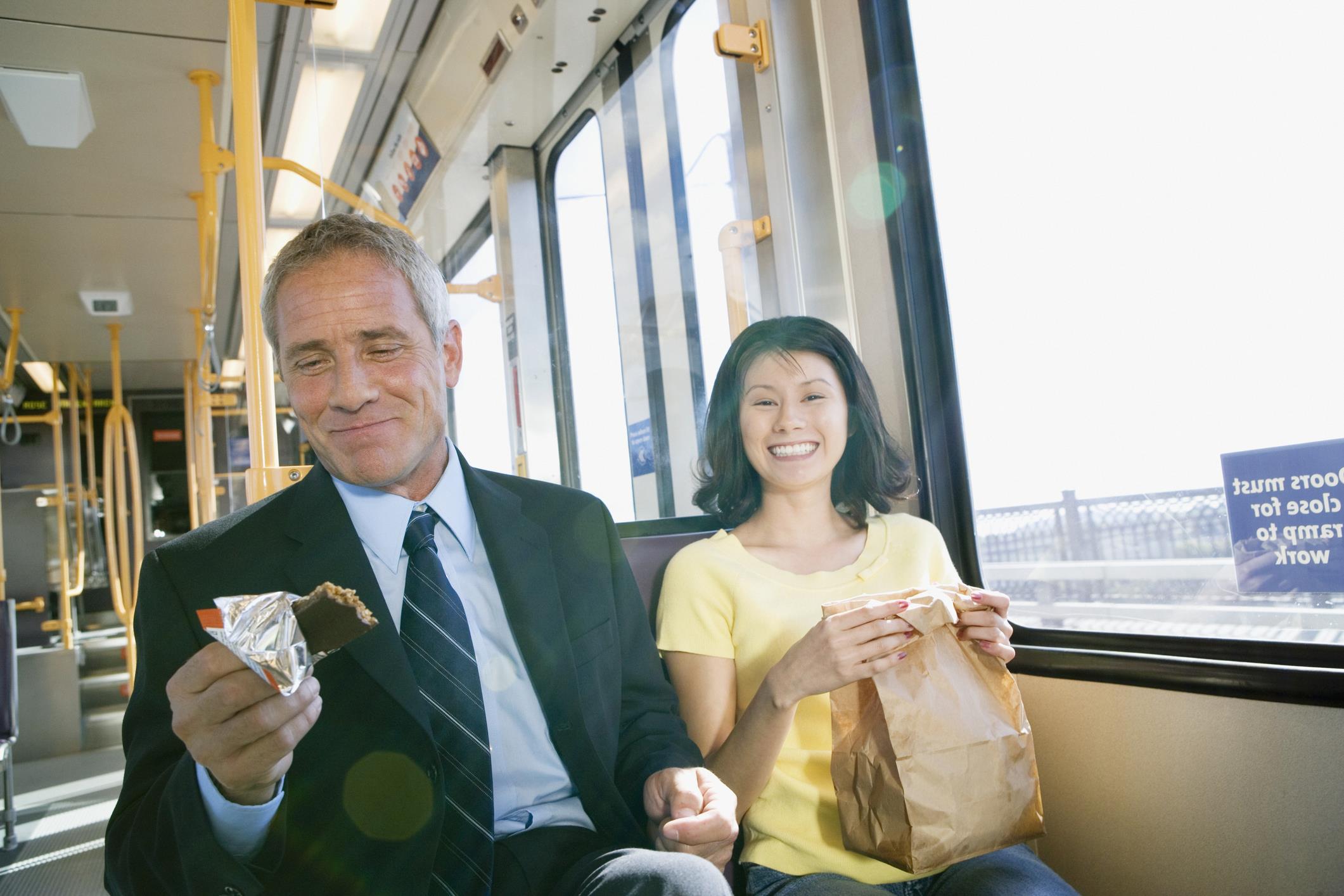 Commuting to work can result in people consuming nearly 800 more calories a week through snacking, according to a new study.

The survey of 1,500 workers found the average commuter eats 767 more calories every week during their daily travels to and from work.

This extra consumption is 5.5% of a women’s total recommended weekly calorie allowance and 4.4% of men’s.

It comes at a time when the length of commutes are getting longer and having a bigger impact on our health, so claims the report Health in a Hurry from the Royal Society for Public Health (RSPH).

Commutes of almost an hour a day are shortening people’s lives as they increase stress, produce higher blood pressure and raise our BMI. They also leave us with less time for health-promoting activities such as cooking, exercising and sleeping.

The report focuses on ‘passive’ commuting such as travelling by rail, bus and car. In London, the average commute is 79 minutes.

More than half (55%) of those surveyed reported an increase in stress levels; 44% spent less time with family and friends, and 41% reported reduced physical activity.

Almost two in five (38%) said they spent less time preparing healthy meals because of their lengthy commutes, while 36% slept less. Around a third reported increased snacking (33%) or fast food consumption (29%).

Adding to the stress of the commute were delays, overcrowding and anti-social behaviour.

Healthier buses and trains
The RSPH is now calling on employers to increase flexible and home working to ease the strain on the roads and rail network during rush hour.

More than half (58%) of those surveyed felt flexible working hours would improve their health and wellbeing.

The RSPH also wants ‘health and wellbeing’ to be a specification when awarding train and bus franchises to curb damage to passenger health.

This could include making the commuting environment more health-promoting and restricting the proliferation of junk food outlets in stations.