One in Five Hay Fever Sufferers Have Called in Sick 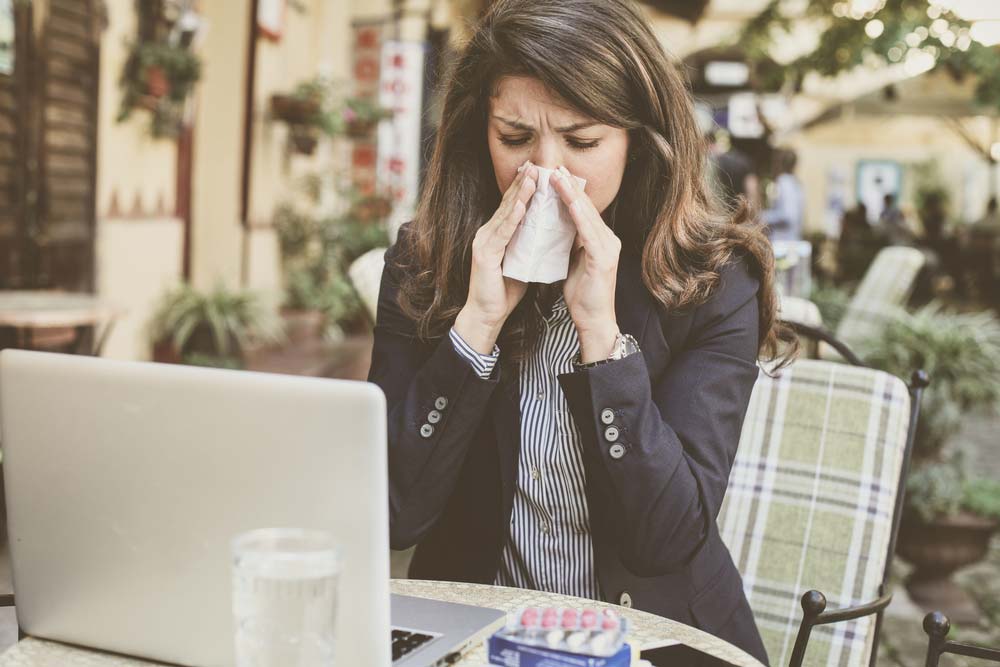 Nearly 20% of people who suffer from hay fever have taken time off work because their symptoms are so bad, according to new research.

The research also found that a third of those people did not tell their employer the real reason for taking the time off, as many thought their boss would not view hay fever as an acceptable excuse.

Hay fever is caused when the body reacts to pollen in the air. Around 30% of people in the UK are thought to suffer from hay fever during the warmer months.

Spring can spell the start of weeks or months of symptoms for hay fever sufferers. People can be allergic to tree pollen, grass pollen or weed pollen, which circulate at different times of the year, meaning people can suffer from hay fever any time between February and September.

There is no cure for hay fever and it can’t be prevented – all that people who suffer from it can do is try various measures to ease the symptoms.

A study, commissioned by Well Pharmacy for Allergy Awareness Week, asked 1,660 hay fever sufferers about the effect of the symptoms. It found that 84% of sufferers said their allergy impacts their quality of life, and more than half said their symptoms leave them feeling run down and tired.

For some people, the symptoms are so bad that they struggle to do their job. The study found that one in five hay fever sufferers have taken time off work due to their allergy; 44% said they found it difficult to stay focused at work because of their symptoms; and one fifth said they were irritable with colleagues because of it.

Almost half of those surveyed said that those around them who don’t have hay fever are not very understanding of their symptoms and the effect they have. This is why a third of those who had taken time off work because of their hay fever weren’t complete honest with their employer about why they were calling in sick.

Most of these people said this was because they didn’t think their boss would regard hay fever as an acceptable excuse for not being in work.

• Having pets may reduce risk of allergies and obesity
• Winter blues - why are we healthier in the summer?