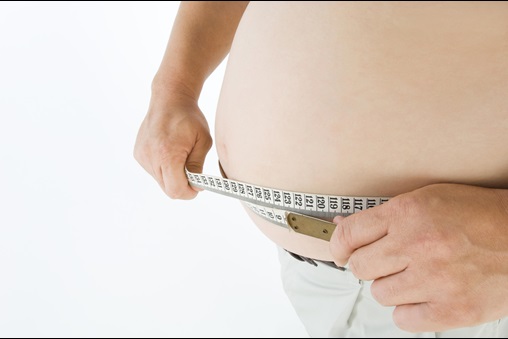 The country has a growing weight problem, with more than two thirds of Britons obese or overweight.

But what’s causing it and how can we tackle it?

Obesity costs the UK economy £47bn a year - the second-largest financial burden behind smoking. But we spend less than £638 million a year on obesity prevention programmes.

You’re judged to be obese if your body mass index (BMI) is over 30. If it’s over 25 you’re classed as overweight.

BMI is worked out by dividing your weight in kilograms by the square of your height in metres.

While the BMI measure is widely used, there have been some concerns over its accuracy as it doesn’t take into account levels of muscle.

Obesity isn’t just caused by people over-eating. There are a number of causes including genetics, cultural and upbringing, and psychological problems.

Genetics play a large part in how your body develops and grows. But there is little evidence to show that genetics can stop you from losing weight.

Recent research found the body has over 90 new gene regions that could help predict why some people are more likely to put on weight than others.

Obviously one of the major factors is what you eat. Certain types of food and drinks cause people to put on weight than others. For example, levels of obesity are higher in inner cities due the number of fast-food outlets near people's homes, a study found.

Alcohol also plays a large part, with figures showing that adults who drink get approximately 10% of their calories from alcohol.

One of the biggest causes is a lack of exercise. This can become a vicious circle as when people get to a certain weight they feel unable or too shy to exercise.

Public Health England says lack of exercise is the fourth greatest cause of ill health in the UK and a leading contributor to rising levels of obesity.

How you’re brought up and your relationship to food also play a big part. Children’s weight is influenced as much by their parents’ lifestyle as it is by genetics, according to the London School of Economics.

What it leads to

Renal or kidney stone treatment has been increasing in recent years, with the condition 75% more likely in obese patients than those of a healthy weight. Poor eating habits that can cause obesity also involve excessive protein and salt intake which are known to fuel the build-up of chemicals in the urine and lead to kidney stones.

Obesity is believed to account for 80-85% of the risk of developing type-2 diabetes, while recent research suggests that obese people are up to 80 times more likely to develop type-2 diabetes than those with a BMI of less than 22.

Obesity can cause potentially fatal health problems like heart disease and cancer. The Chief Medical Officer for England suggests as many as 1 in 10 deaths in the UK have their cause in obesity.

How to tackle it

Changes to lifestyle - like exercising more and eating more healthily - are the best way to tackle it, although a problem is that many people feel they are beyond the change required.

Ramsay Healthcare offers a number of weight loss surgery options, which have been proven to help some people lose weight.

Weight loss surgery is the first part of a sophisticated process at Ramsay, with aftercare the key to successful weight loss. Support is ultimately the one part of your journey that truly does make a real difference to your end goal.