The rising tide of obesity across the world 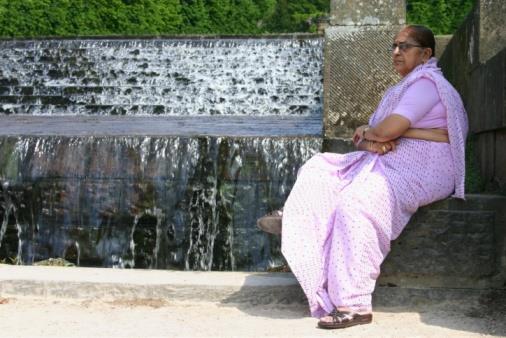 Obesity is a growing problem not just in Western countries like the UK and America but across the world.

We take a look at the facts behind this worldwide issue and what people are doing to tackle it.

The World Health Organisation (WHO) has been tracking the growing obesity problem for decades and has revealed some worrying figures:

Countries where obesity is worst

The majority of countries with the highest obesity levels are Pacific Islands. The top ten most obese countries are:

An Oxford University study into why so many Pacific Islanders are overweight suggest that it is to do with the importing of Western food and cooking techniques and the abandoning of traditional farming and fishing techniques.

While the Pacific Islands have high levels of obesity, nearby Indonesia has one of the lowest levels with just 3.6% of male adults or 1.1% of female adults being obese.

The Organisation for Economic Co-operation and Development (OECD) also lists the following nations as some of the most obese:

The study found a link between financial distress and obesity. Regardless of income or wealth, those who experience periods of financial hardship are at increased risk of obesity, and the increase is greater for more severe and recurrent hardship.

Weight loss - or bariatric - surgery is a popular option to help obese people to lose weight as part of a wider process.

According to studies, the countries which have high levels of weight loss surgery are:

In the UK, over half (54%) of these procedures are performed in private clinics like Ramsay.

When it comes to weight loss surgery in the UK, 54% of procedures were gastric bypass surgeries with gastric band surgery performed 21% of the time. The figure for gastric bypasses was 97% in Sweden.

Research shows that the despite the effectiveness of weight loss surgery, provision is far below demand.

While some may have concerns over the safety, figures show these to be unfounded. The mortality rate after primary surgery was just 0.07% for gastric bypass, which was much lower than that for many other planned operations. The complication rate overall for primary operations was 2.9%.

The figures also point to its success, as one year after primary surgery:

65.1% of patients with type 2 diabetes returned to a state of no indication of diabetes, meaning, in practice, that they were able to stop their diabetic medications.

How to tackle it

Changes to lifestyle - like exercising more and eating more healthily - are the best way to tackle it, although a problem is that many people feel they are beyond the change required.

Ramsay Healthcare offers a number of weight loss surgery options, which have been proven to help some people lose weight.

Weight loss surgery is the first part of a sophisticated process at Ramsay, with aftercare the key to successful weight loss. Support is ultimately the one part of your journey that truly does make a real difference to your end goal.