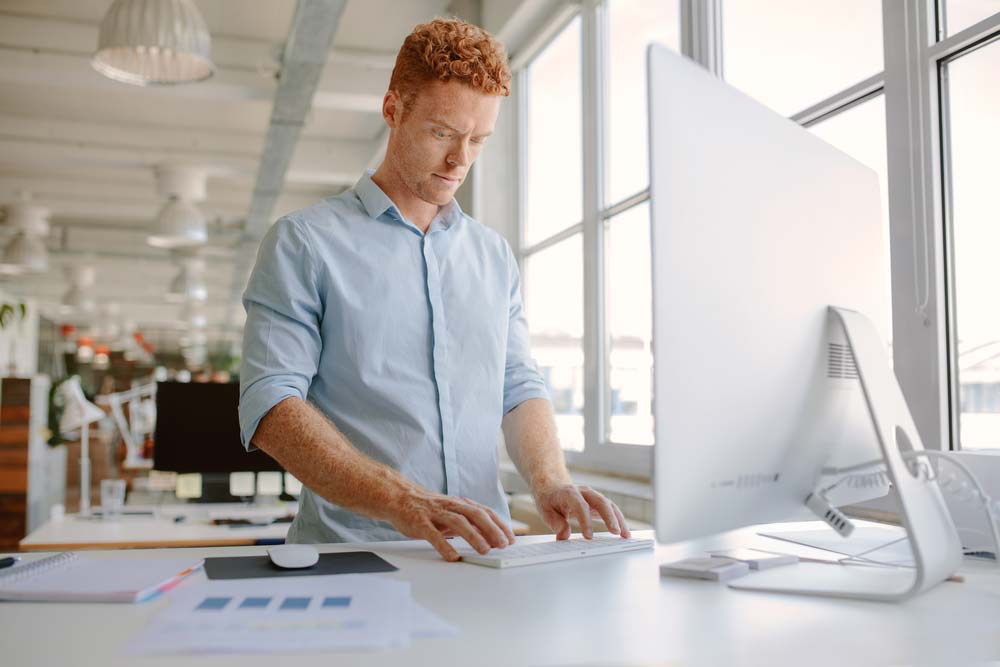 There is a growing trend for using standing desks in offices, which are thought to reduce the health risks of sitting down too much. But a new study from Australia has found that standing desks may not be as good for workers as previously thought.

Standing desks are becoming increasingly common in offices, as employers try to help their employees stay healthy by reducing the amount of time they spend sitting down – sedentary behaviour has been linked with various health risks such as obesity and diabetes. There have also been reports about standing desks helping people who suffer from back pain.

Researchers at Curtin University in Australia carried out tests on people working at standing desks to find out whether or not they provide health benefits, and whether standing for a prolonged period of time could actually be harmful.

Although not a full working day, the two hour timeframe was chosen in order to replicate the typical amount of time that an office worker would be at their desk for before taking some kind of break.

The results showed that, over time, discomfort increased in all body areas and mental reaction times deteriorated.

Discomfort increased ‘significantly’ for the lower back and lower limb regions. This backs up previous studies that have found that standing desks could be responsible for swelling of the veins.

Mental reaction slowed down after an hour and a quarter of standing up, but creative problem solving was found to marginally improve. Perceived mental state was found to deteriorate, and the researchers believe this could be linked with the discomfort the participants were feeling.

The results have been published in the journal Ergonomics.

This study backs up previous claims that standing desks may not provide the health benefits they claim to, and that walking around and moving regularly during the day could be more effective.The researchers conclude that: “The observed findings suggest replacing office work sitting with standing should be done with caution.”